A CAMPAIGN to bring accused war criminal Joseph Kony, the fugitive head of Uganda's Lord's Resistance Army rebels, to justice has gone viral on the internet.

The hashtag "#stopkony" was among top trending topics on Twitter overnight, vying for the top spot with tweets about the new iPad and Peyton Manning, who was released after 14 years as quarterback of the Indianapolis Colts.

The campaign was launched by the non-profit group Invisible Children with an emotional 30-minute video which has been viewed more than 7.3 million times on YouTube and attracted more than 150,000 comments.

"Invisible Children" and "Uganda" were also among the top trending topics on Twitter on Wednesday.

A number of celebrities joined the campaign by tweeting links to the video and promoting the campaign.

Born in 1988 from the frustrations against the government of Uganda's marginalised Acholi ethnic group, the LRA has since dropped its national political agenda for the narrow objective of pillage and plunder.

Kony, whose movement draws on Messianic beliefs and a smattering of Christian motifs, is wanted by the International Criminal Court.

The LRA rebels currently number several hundred, a fraction of their strength at their peak but still include a core of hardened fighters infamous for mutilating civilians and abducting children to act as soldiers and sex-slaves.

US President Barack Obama in October announced he was sending 100 special forces soldiers to Kampala to help Uganda track down Kony, and in December it emerged US special forces had set up a base in the Central African Republic as part of their regional effort to hunt the LRA.

The Stop Kony campaign by Invisible Children has not been without controversy.

The non-profit has come in for some criticism for channelling a majority of their raised funds -- some 70 per cent or more according to some accounts -- to salaries, travel expenses and filmmaking, with charity watchdog Charity Navigator giving the group a low two-star rating for lack of financial accountability.
_______________________________
"Gravitation is not responsible for people falling in love"

true that. we need to #stopkony 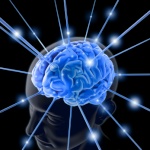